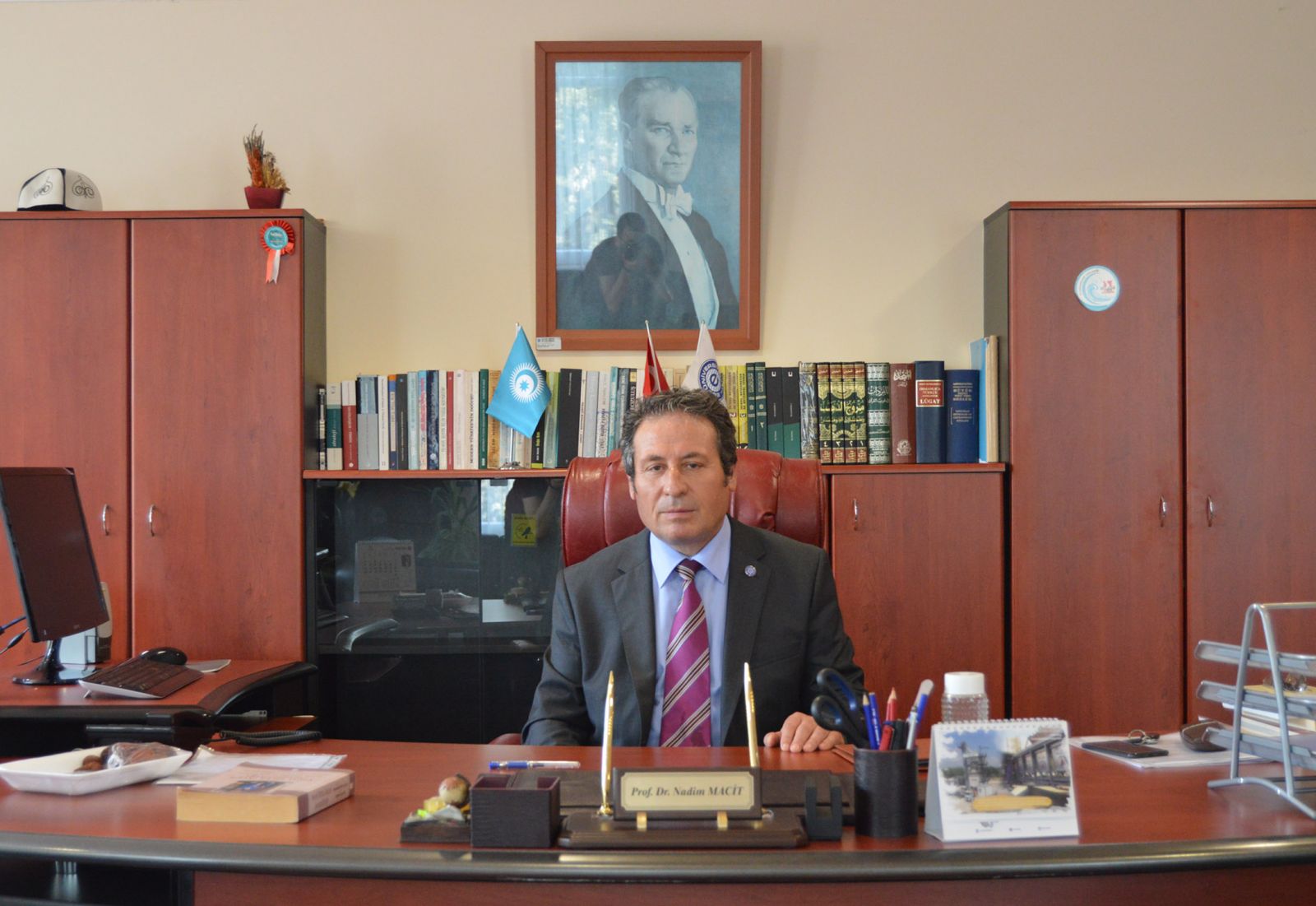 Prof. Macit was born in 1958 in Oltu, Erzurum, Turkey. He completed his secondary education in Erzurum İmam Hatip High School in 1979. Afterwards he graduated from Faculty of Theology at Erciyes University in 1984. Prof. Macit completed his M.A. in 1988 and his Ph.D. in 1992 in the Institute of Social Sciences at Selçuk University, Konya. He started his academic career as an Assistant Professor at the Department of Kalam in the Faculty of Theology at Yüzüncü Yıl University, Van in 1993. In 1995, Prof. Macit became an Associate Professor. In 1997, he became a member of Çorum Faculty of Theology at Gazi University and he was appointed as a Full-Professor there in 2001. Finally he started his work at the Department of Social, Economic and Political Relations in the Institute of Turkish World Studies in 2010.
He was appointed as the head of department (1998-2001) in the Department of Basic Principles of Islamology and as the dean of the faculty (2002-2005) at Çorum Faculty of Theology at Gazi University. He was elected as the member of the Council of Higher Education Theology Advisory Commission (2003-2004). He worked as advisor at TUSAM Center for Strategic Research (2007-2009). In 2018 he was appointed to the Director for the Institute of Turkish World Studies at Ege University. His main fields of study are Kalam, Geo-culture, Teo-Strategy and theological models in Turkic world. He knows Arabic and English. He is married and has three children. His main works: